Sarah HoweillegaluntrainedOne of the few cases I’ve found in which a criminal abortionist wasn’t a doctor is also one of the strangest cases I’ve found. The abortionist, Sarah Howe, age 57, had been blind since she was three years old.
Howe was charged with abortion and with manslaughter in the death of 23-year-old Helen Clark. Helen died September 16, 1941.
Howe was convicted of abortion, but was found not guilty of manslaughter. She was sentenced to two to four years in prison.

During the 1940s, while abortion was still illegal, there was a massive drop in maternal mortality from abortion. The death toll fell from 1,407 in 1940, to 744 in 1945, to 263 in 1950. Most researches attribute this plunge to the development of blood transfusion techniques and the introduction of antibiotics. Learn more here. 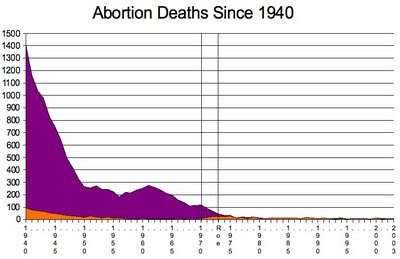